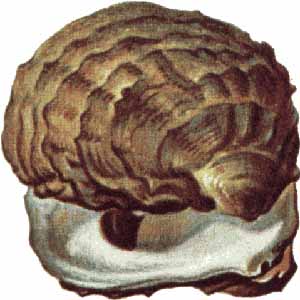 One of the best things that has happened to me since moving to Paris is that I met M, one of those truly superlative individuals that causes you to regularly reflect on why the hell someone so cool deigns to hang out with you.  What she and I don’t have in common I envy terribly, from her elven features to her gorgeous photography to her canny ability to mix and match print fabrics.  The things she and I do overlap on are quite remarkable, including a deep love of late 19th century French decadent novels, Muji products, marginalized Surrealists, and oysters.  Fittingly, both of us planned to take the other to a fancy oyster place for our respective birthdays and found the same gushing reviews of Huîtrerie Régis on the internets.  She won, to the extent that my birthday came first and I was forced to cede credit to her for finding the place (something that anyone who knows me will attest that I am loathe to do).  Delightfully, when I asked her at the end of my birthday dinner what she wanted to do for her birthday in a month, she replied with “this exact same thing.”

Twist my arm.  Régis is this clean-freak oyster-fiend’s personal version of heaven.  The tiny whitewashed room seats less than twenty people and is fresh-scrubbed to the point that I would happily eat off their floor.  Oysters are not only the main attraction, they are the whole show, with the exception of poached shrimp that nobody orders anyway.  If you visit Régis’s website, you can read an extended spiel about the Brittany farm where their oysters originate, including a lot of fascinating details about the size of the beds and the duration of the growth of various grades of oyster.  I’ll spare you those highbrow details (this is Clarence in Paris, after all).  I’ll warn the American oyster eaters acclimated to piles of horseradish and Tabasco that this is a different breed of oyster bar altogether.  These beauties are served on a bed of seaweed with only wedges of lemon and mignonette sauce as an accompaniment, with rye bread and artisanal butter on the side.  I am usually completely skeptical when people take away my condiments—pity the poor fool who encourages me to drink my coffee black—but I’ll say it for the record:  these oysters are perfect on their own.  One taste and you’ll be wishing that you had a sommelier’s adjectival bank at your disposal.

We returned to Régis for M’s birthday with another friend in tow and I enjoyed it even more because I was able to make a Flaubert reference that I’d been spit-polishing for a month to a sympathetic audience.  One of my favorite parts of Salammbô is the description of the Unclean Eaters:

Outside the fortification there were people of another race and of unknown origin, all hunters of the porcupine, and eaters of shell-fish and serpents. They used to go into caves to catch hyenas alive, and amuse themselves by making them run in the evening on the sands of Megara between the stelae of the tombs. Their huts, which were made of mud and wrack, hung on the cliff like swallows’ nests. There they lived, without government and without gods, pell-mell, completely naked, at once feeble and fierce, and execrated by the people of all time on account of their unclean food. One morning the sentries perceived that they were all gone.

I was about to segue this into dumb joke about how you ought to get to Régis before the oyster season is over and your own chances at some excellent Unclean Eatin’ diminish, but that seemed painful even to this blogging neophyte.

Details: They don’t accept reservations and the place fills up fast.  Fortunately, you can outsmart the frogs by simply arriving before 8 p.m.  You will likely have the place to yourself for thirty minutes before the people in line outside start giving you the stink-eye.  For the budget-minded, you can order one of the formules dégustations, which include a dozen oysters, a glass of Sancerre or Muscadet, bread and butter, and an espresso.  We ate the cheapest formule of les fines de claires for 21 euro and were thrilled.  Big spenders can knock themselves out with les belons, which run about 60 euros a dozen.  Nota bene:  Régis requires that every diner order a minimum of a dozen oysters.