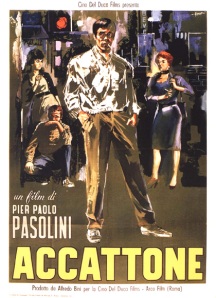 I’ve always liked going to the movies more than doing almost anything else, except perhaps driving around listening to the radio or going out for tacos after lying catatonic on the beach.  One of my best friendships is largely founded on that triumvirate of activities.  Hang out with me for more than a few hours and I’ll probably suggest we go to the movies, even if it is 8 a.m. on a Tuesday.  My taste in film reflects a (perhaps not particularly idiosyncratic) love of the highest of high culture and the lowest of low.  I have an especially soft spot for films aimed at the demographic of 14-year-old boys who see movies on opening weekends in large unruly packs.  I don’t really think that it gets much better than the Fast and the Furious franchise and I’m largely averse to seeing anything that is going to conjure an emotional response.  But I’ve got a long attention span for conceptually-driven films. Does this criteria make any sense?  This means I don’t want to see The Road with you—ever—but I will happily watch Inland Empire for a third time.  I’ll always pick fart jokes over Shoah tearjerkers, softcore porn over meaningful connections.  Titanic and Avatar are the worst of the worst as far as I’m concerned, but say the word and I’ll cancel all my plans so we can watch the entire Terminator franchise tomorrow.  Just don’t be too earnest about whatever it is you are doing and I’ll likely be on board.  Could this be an effective formulation of my entire aesthetic point of view?  I’ll have to think on this.

Living in Paris is a moviegoers dream, as the city is packed, no, HEAVING with small, independently-run theatres that are constantly playing classic films and running various auteur-themed festivals.  I’ve been going to an absurd number of movies since arriving here and have managed to cajole a few of my friends into joining me on a regular basis.  I dorkfully call this group the cinéclub and we’ve made quite a dent in Italian cinema (Pasolini, Antonioni, and Fellini) in the past few months.  Our group cherry was popped, so to speak, on a Sunday night screening of Salò o le 120 giornate di Sodoma (1975) at Accattone.  That the members of the cinéclub continued to want to see movies with me, much less hang out with me in any context, is a testament to their collective awesomeness. 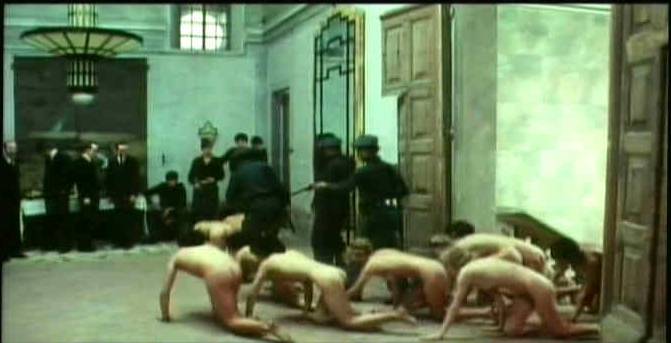 We saw Salò at the well-known, but worse for the wear, cinéma Accattone (aptly named for the Pasolini film).  I’d go so far as to claim that Accattone is worst-maintained of the theatres that owe their reputation to the Nouvelle Vague (it was managed by François Truffaut in the 1960s).  The empty lobby is much larger than the theatre itself, which has some kind of central of foundational slump that means the seats in the front rows are substantially higher than those in the middle.  There is usually only one surly dude on ticket-sale and projection duty, and after appearing visibly annoyed that you want to buy a ticket, he retreats to the projection booth to chain-smoke for the duration of the film, resulting in a fine haze in the theatre itself.  The theatre appears to own a few dozen prints and screens them religiously, with little to no variation in the schedule from week to week.  Every print I’ve seen at Accattone was more atrocious than the last:  Salò was badly damaged and grainy, Il Decameron had extremely fuzzy audio, and the subtitles on La Notte were largely unreadable and the reel broke ten minutes from the end of the film.  I expect (and gleefully anticipate) that if I continue going to Accattone, there will eventually be a Buñuel-esque fire.

I say all of this as if it’s a bad thing.  It absolutely isn’t.  In fact, going to Accattone is such a unique experience, one so wholly removed from the experience of going to the movies in the US, that it is a continual delight.  Every single Sunday evening since I’ve arrived in Paris, I could have seen Salò at 9:50 p.m.  Better yet, there are people that do.  Accattone is one of many small theatres in Paris that receives substantial state funding for its day-to-day operations.  In fact, many of these cinémas would be insolvent otherwise.  Gripe as I may, at the end of the day, I’m elated to find myself in a place with government funding for weekly Pasolini.

Details: Tickets are 6-8 euro and discounts (student or otherwise) are given at the surly dude’s whim.  Unlike the quick turnaround at other Latin Quarter cinémas, Accattone will likely screen the movie you want to see at the exact same time next week, and the week after, and the week after that, so no rush.  Don’t go if you are allergic to cigarette smoke or a stickler for print quality.