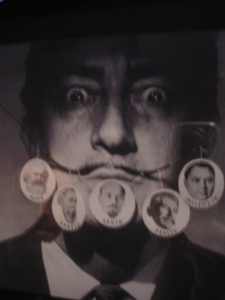 My only obligation as of late—and this is a testament to how low-key my life has been recently—is to make sure that my dear M’s plants don’t die while she is gallivanting around the United States like a regular jetsetter. I normally don’t take such obligations very seriously (“They were alive the last time I was here!”), but she was such an attentive nursemaid to my little window box herb garden when I was island-hopping on the Mediterranean that I feel kind of guilty.  So I’ve been making regular trips up to Montmartre, where she lives on the more residential side of Butte Montmartre.  You know, the mountain with Sacre Coeur at the top?  Perhaps you remember this little gem from a much earlier entry:

Anyway, I don’t love the hoards of tourists that frequent Montmartre, recreating scenes from Amélie and taking in overpriced burlesque shows at the Moulin Rouge. But the views of Paris from up high can’t be beat. I also really enjoy a stroll around the neighborhood that surrounds the Abbesses métro, especially if it involves ducking into the Librairie des Abbesses (30 rue Yvonne Le Tac, 75018 Paris), a smart and well-stocked bookshop with a drool-worthy selection of novels and poetry from small presses, books on psychoanalysis, and cookbooks. I know that list isn’t everybody’s bag, but man that bookshop gives me butterflies whenever I step out of the métro at Abbesses.

Frequent trips to Montmartre also increase the likelihood that I’ll be making an ill-advised stop at A.P.C. Surplus (20 rue Andre del Sarte, 75018 Paris), the outlet store of the iconic French brand with markedly lower prices than the main stores (and an accordingly odd selection of sizes). Barring such retail indulgence, a trip to M’s will usually involve a stop by Au Relais (48 rue Lamarck, 75018 Paris), a 106-year old café and restaurant that serves solid takes on classic French bistro food.  The food isn’t particularly remarkable, but the staff is always friendly, and Au Relais’s location on the corner of rue Lamarck and the San Francisco-evoking Mont Cenis is a lovely break from the tourist circuit just a few blocks up the hill. Their cheeseburger is delish and their crisp yet pillowy fries can’t be beat.

B and I have been on a quest to visit some of the smaller museums in Paris, and decided that watering day would be a good excuse to visit l’Espace Dalí (11 rue Poulbot, 75018 Paris, Métro Abbesses or Anvers), a small museum just a stone’s throw from Sacre Coeur that houses a permanent collection devoted entirely to Dalí’s work. Here we arrive at another installment of “another museum you might not be visiting on your trip to Paris.” 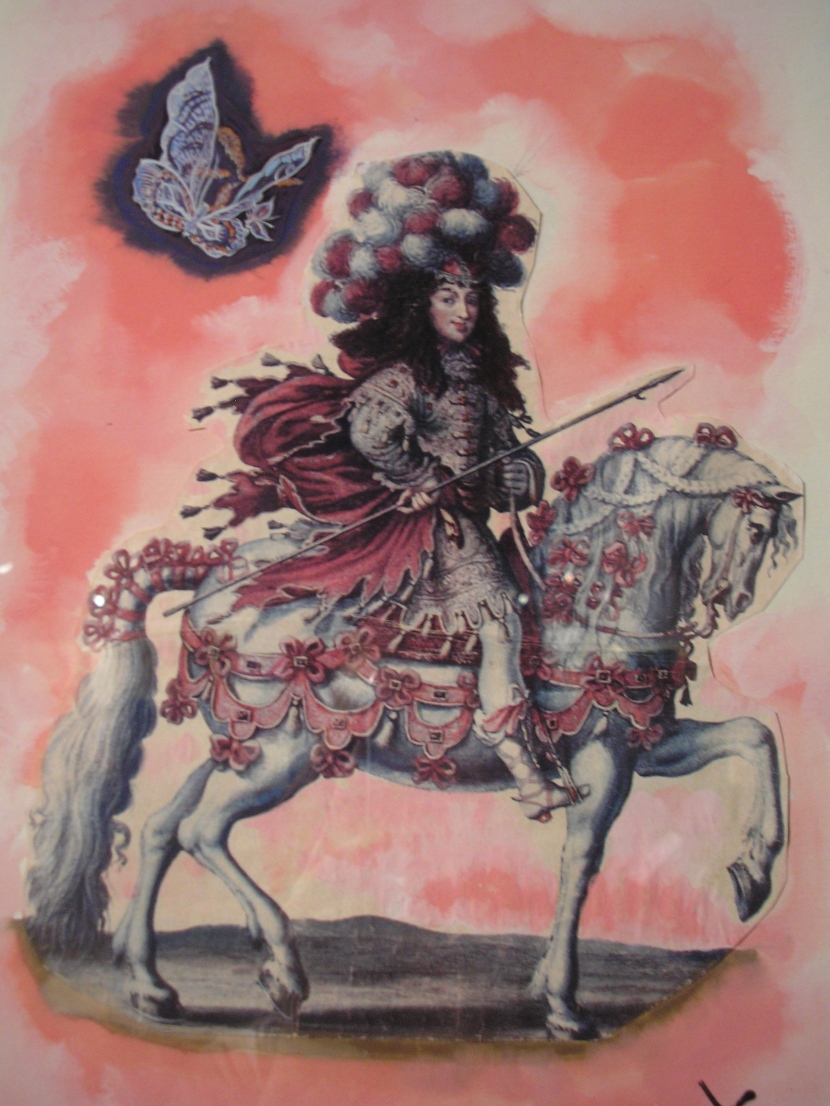 First of all, this is not St. Petersburg, Florida, and l’Espace Dalí houses mostly minor works in bronze and glass as well as a handsome collection of lithographs, engravings, and other original works on paper. The visitor is quickly made aware of what a hustler Dalí was in his lifetime, often producing or commissioning large numbered editions of each individual work, some of which seem rather rushed or glib. The space itself is rather funky and could use a serious paint job.  I’d been wondering who buys all those stick-on mirrors at Ikea, but now I know. The kitsch factor is high.  The museum includes a gallery with works for sale (mostly poorly-executed limited edition prints of Dalí major paintings), a gift shop with an assortment of Dalí perfumes and knick-knacks, a plaster trompe l’oeil reproduction of the medieval church that used to be on the site, and a delightful Dalí photobooth that allows you to insert your head into works from the museum or mustachioed portraits of the master himself.  There is also a small collection of Dalí’s furniture and home furnishing designs, including the iconic couch modeled on Mae West’s voluptuous lips and a swoon-inducing set of exquisite silverware. 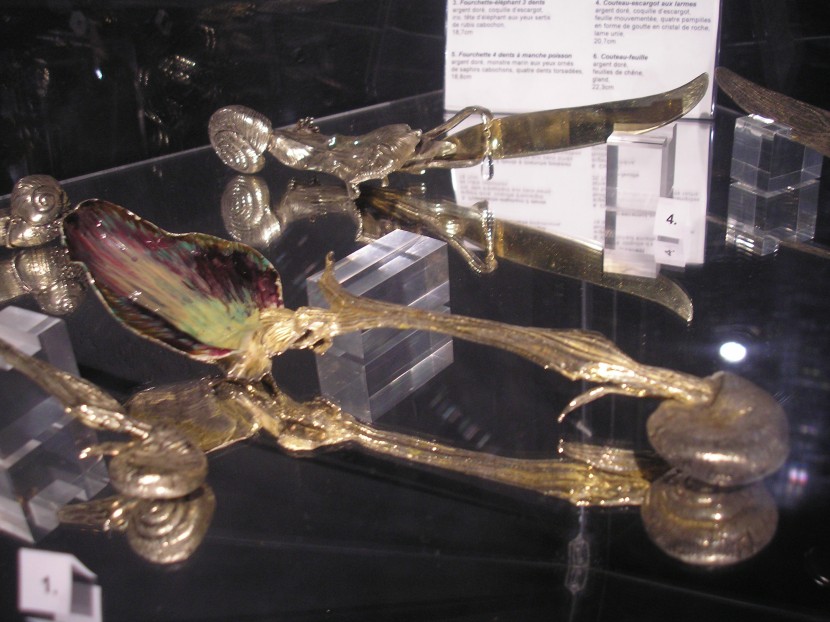 Okay, so it’s funky and filled with minor works.  Why bother?  Well, if you’re a literature buff, you’re going to love looking at the many works on paper that Dalí produced in response to or to accompany classic texts, including the Old and New Testament, The Quest for the Grail, Alice in Wonderland, Tristan and Isolde, Ovid’s Art of Love, Romeo and Juliet, Rabelais’ Gargantua and Pantagruel, and Freud’s Moses and Monotheism.

There is also a terrific selection of original photomontages that Dalí created for his tarot series (real enthusiasts can purchase a working Dalí tarot set in the giftshop for 79€).  I particularly enjoyed the 1971 gouache series entitled “Memories of Surrealism,” a wonderful mishmash of textbook art history images and the surrealist imagery that Dalí made the stuff of many college dorm rooms. 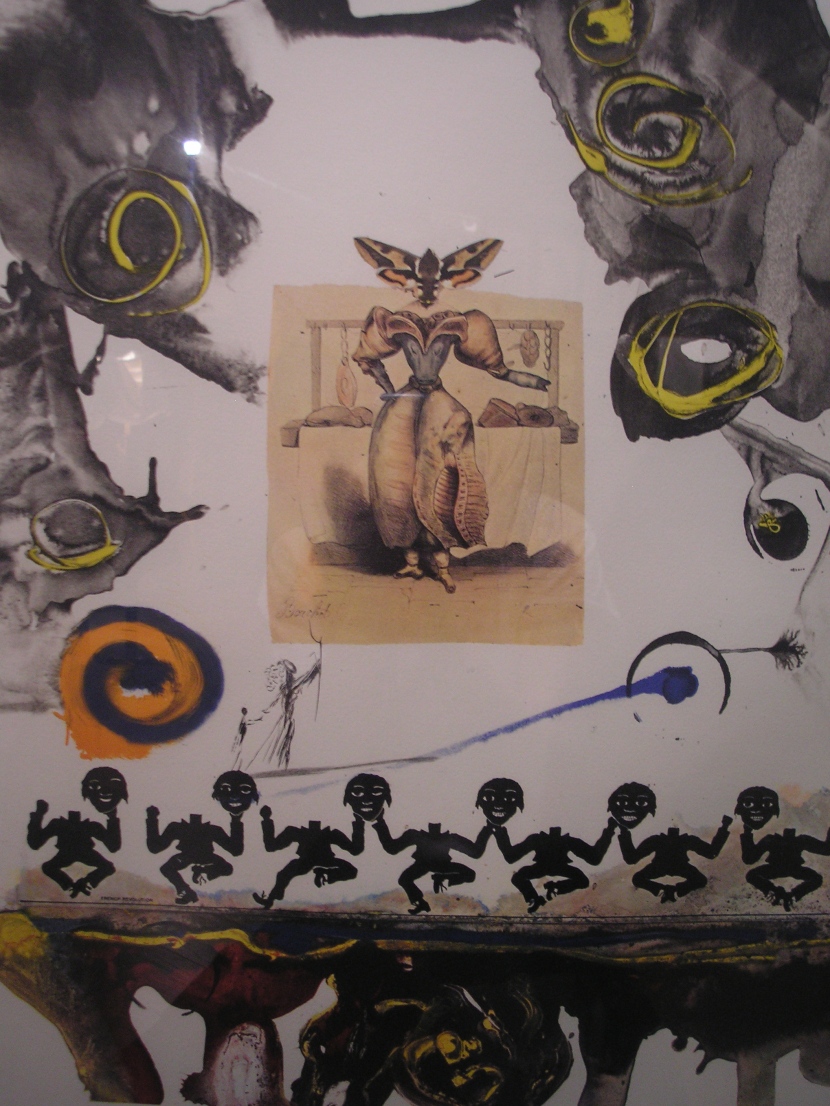 I’ve been reluctant to like Dalí in recent years, probably because his work has become the stuff of pop culture cliché. But his deep interest in allegorical texts and his nuanced reading of Freud were news to me, and I found the many works on paper at l’Espace Dalí to be serious and fascinating.

It won’t be everyone’s cup of tea, and if you’re after the popular oil paintings that everyone knows and loves, your time and money would be best spent on plane fare to Florida. But if you’re in Paris and looking for a different angle on the artist (and have a high threshold for kitsch), l’Espace Dalí might be worth a visit.

Oh, and the photobooth is lots of fun, especially if you’ve always had mustache-envy like yours truly.