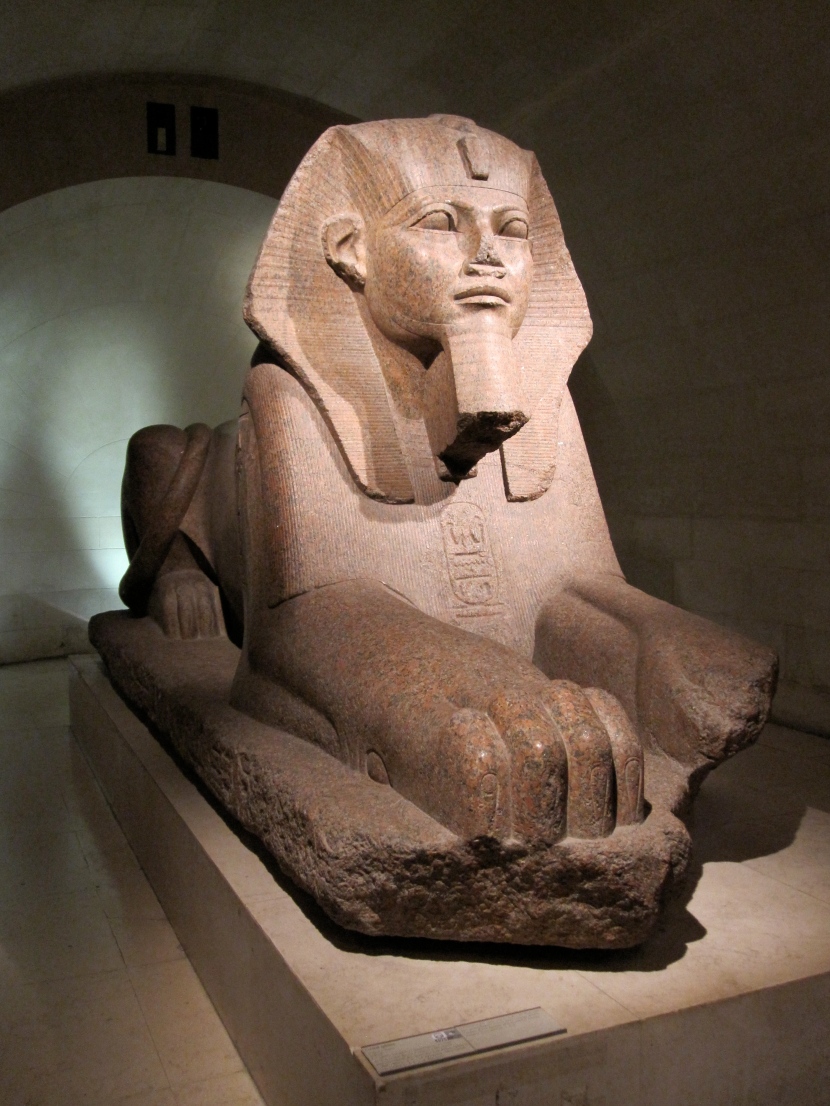 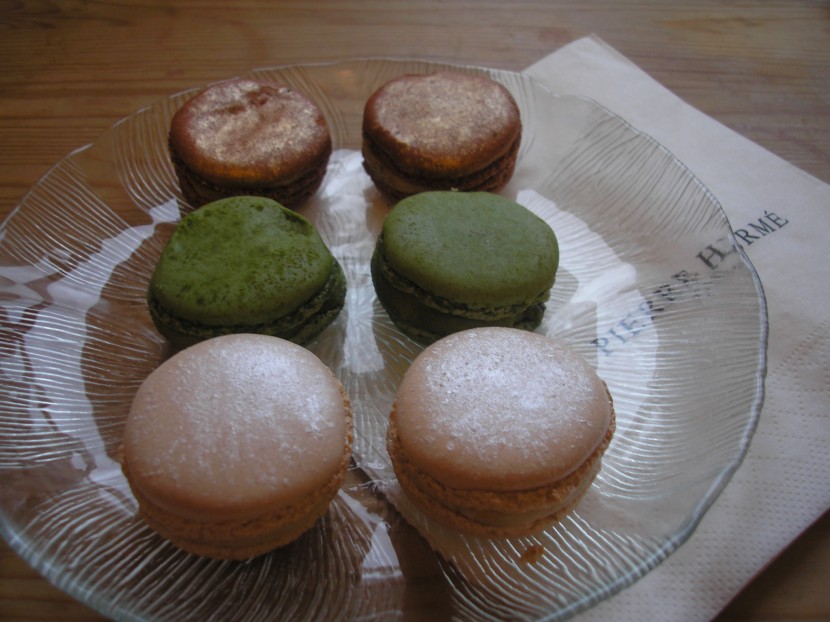 You totally thought I was kidding about this list thing, didn’t you?

Like I’m some kind of procrastinating slacker who talks a big game but doesn’t follow through, often neglecting her blog for weeks at a time!

But seriously, guys, I’m seriously serious about this thing. So serious, in fact, that after writing “The List,” I went out and bought a rotisserie chicken with fingerling potatoes roasted in the roasting grease (so. good.) and a new Bordeaux that I hadn’t tried (Eat as much charcuterie, foie gras, rillettes, truffles, rabbit, duck, rotisserie chickens, and oysters as possible and Try as many French wines as possible and keep a record of ones I love, respectively). Somewhere in between the wine shop and my apartment I began blubbering again about having to leave Paris, so the following morning B and I dutifully shuffled over to the Louvre. We recently discovered that despite not feeling especially jeune, we both still qualify for the 30 euro annual youth pass, which means unlimited admission to the permanent collection, all temporary exhibitions, and cultural events. Quite a deal, especially for people who definitely don’t get carded anymore. So sixty clams and two questionable ID photos later we were in the Egyptian antiquities, which we figured would be easy to bang out in a day. Wrong, wrong, wrong. You know the fantasy plan, that one where you spend a week going through the Louvre and see everything from top to bottom? Add another week or two to that itnerary. Three or four hours of devoted museuming and we had only managed to cover half of the Egyptian antiquities, buzzing through the sarcophagi and mummies far too quickly at the end.

Oh man, the Louvre is so great. I had sort of forgotten how amazing and astounding and totally humbling it is. It’s the kind of place that really reminds you what a speck you are in the great march of human history. Also, there’s nothing better than watching little kids go through and look at things from Ancient Egypt. Having been one of those six year olds who declared that I wanted to be “an Egyptologist” when I grew up, I particularly love the really serious ones. There was one boy, probably eight or so with bottle-thick glasses, who was carefully sketching various hieroglyphs that caught his interest. Both B and I melted in the face of his diligence and rigor. While I don’t really remember much from my Egyptology days (I get my sieve-brain from my dad), B is a perfectly preserved antiquities-nut. I would throughly recommend touring any kind of antique or medieval museum exhibition with B, and I don’t just say this because I’m dating him. He’s really the best guide ever in these places because remembers all of the gross and interesting stuff, like which organs went into which urns during the mummification process and how they extracted the brain via the nostrils and how cursive hieroglyphic script is formed and who the major and minor gods and goddesses were. He also doesn’t mind spending extra time in the jewelry displays and humors me when I spend twenty minutes or so deciding which ring I would want in the imaginary universe where the precious antiquities collection at the Louvre is actually a flea-market.

My camera died before we reached the mummy (!), but here are a few things I really liked: 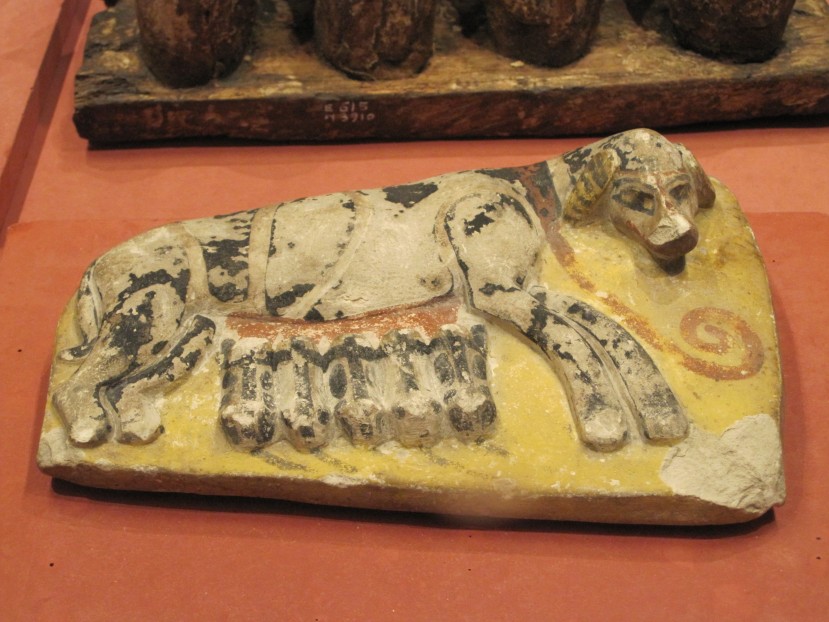 I’ve got puppies on the brain, obviously. 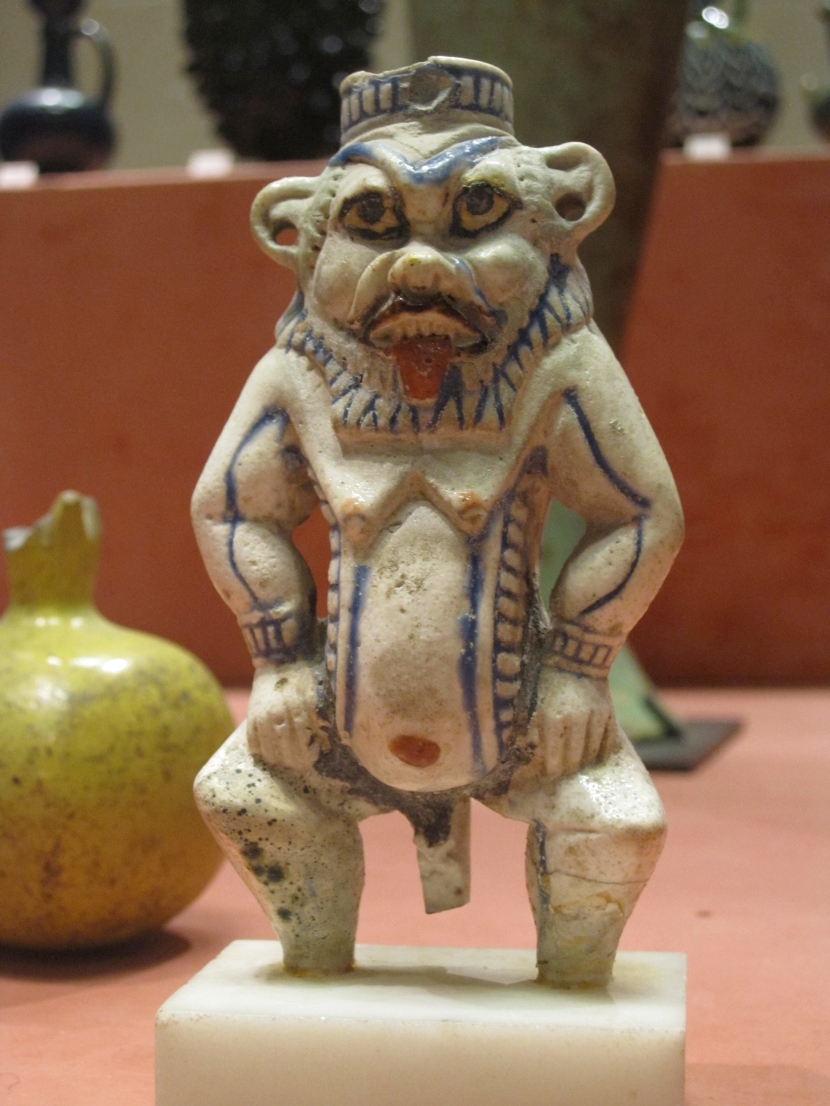 The eyes have it, every time: 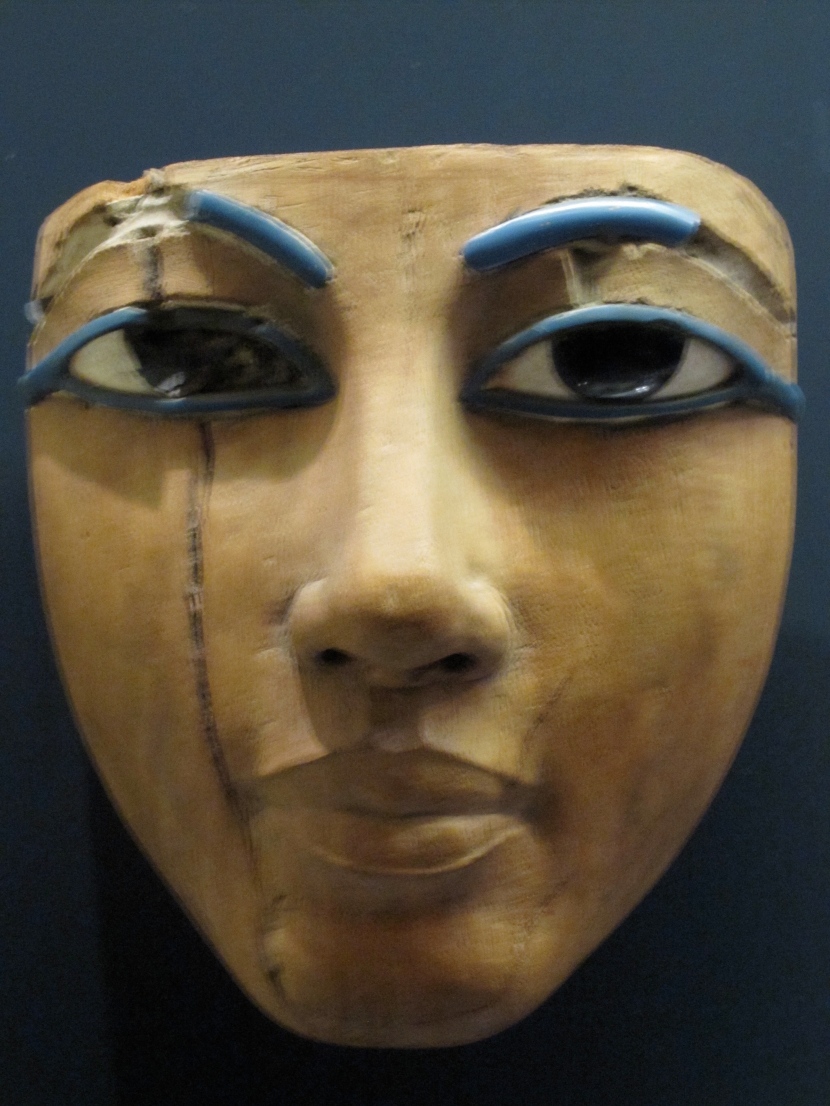 Ancient Egyptian castanets were shaped like hands!  Did you know this?  I didn’t: 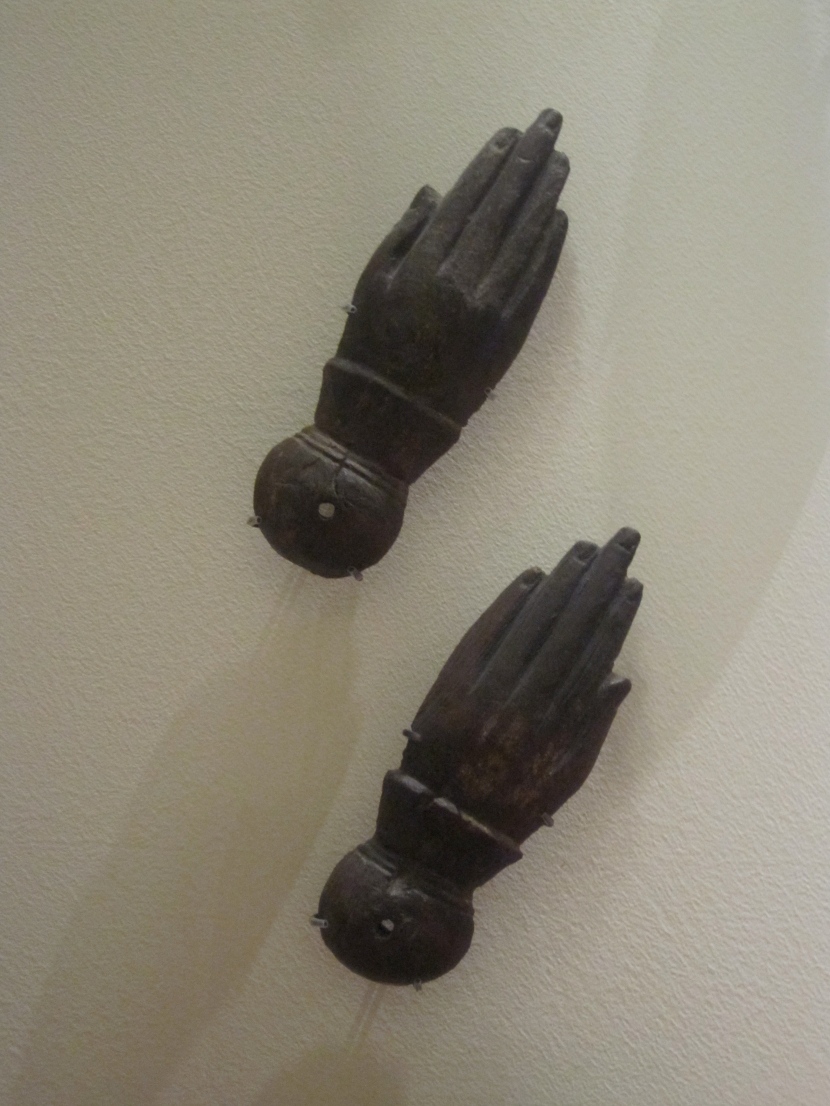 Finally, let’s not pretend that you come here to see my stupid museum photos. You come for the food! As you can see above, they finally released the white truffle Pierre Hermé macaron. B and I picked two up, along with some green tea/ginger/red bean and chestnut/green tea ones. A savory afternoon tasting, paired with a splendid smoky black tea that our friends from Hong Kong brought us as a gift and that B has finally learned to brew like a pro (it’s a tempermental beast, but well worth the effort). We saved the truffle macarons for last, as we had been told that they are palate-killers of the first order. They even bag them separately from the other macarons because their scent is so strong! I can’t even describe how fantastic these are. I wish that I was someone like Jeffrey Steingarten or Chandler Burr, someone who can vividly evoke tastes and scents in their prose. Alas, I can’t, so I’ll just say that they are slightly sweet, but mostly savory, with a delicate shell and buttery interior cut with macadamia nuts. The taste of white truffles is pronounced but not overpowering. They taste of autumn, and of the earth, and of luxury. When I asked B if it was among the top cookies he’s ever eaten, he corrected me and said that it was among the top things he’s ever eaten, and I’d tend to agree. They are perfect in every way. Even their white iridescent sheen is amazing. You should buy some immediately if you are in Paris and if you aren’t, I’ll concede that this is one thing you should be unabashedly jealous over. Pierre Hermé, I tip my hat. You are macaron Gods among men and I suspect that what you do qualifies in most cultures as alchemy.

I have a birthday coming up and I just saw this at the bookstore: 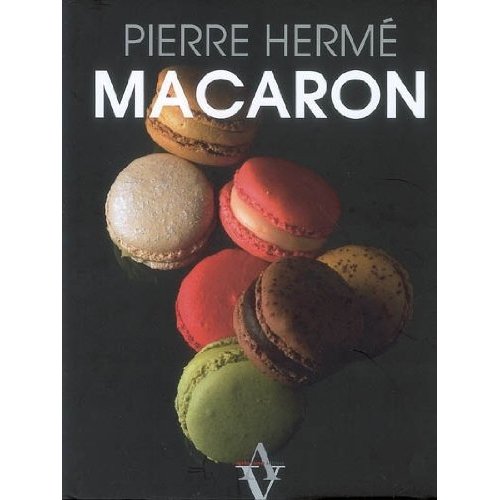 There are recipes, apparently! Perhaps a way to stave off the want when I return to the States next year?