I always tell people that Paris is a city that has everything you could ever want to eat or drink, except for the things it doesn’t. One significant shortcoming of the French capital is beer. While they make lots of things better than anybody else, the French are lousy at making beer. Don’t let them try and tell you any different. They’ll try and claim Belgian beers as part of French culinary culture when pressed, which is pretty hilarious given how they speak about Belgium the rest of the time. But the majority of beer-drinking folks in Paris are currently slurping down a Kronenbourg 1664 (call it a “seize,” should you ever find yourself at a Paris dive bar). 1664 is draught that most American expats quickly realize is somewhere between an MGD and a Tecate in terms of general depressingness. I know, I know, 1664 seemed kind of cool the first time you saw it on a bar menu in Brooklyn (it’s French, after all), but trust me, it’s a lousy beer from a nation of lousy beers. 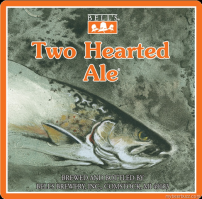 All this is to say that I spent a lot of time missing the amazing diversity of microbrewed beers we take for granted here in the US. I was especially homesick for India Pale Ales, those glorious hop-heavy beers that really hit the all the right spots on a hot summer day. I know that hop-forward brews aren’t everybody’s bag, but this girl just can’t get enough.  You say Double or Imperial IPA, I say, sign me up.

B, a native Hoosier and self-appointed ambassador (read: unpaid) for the Midwest, had spoken longingly about his favorite breweries in Michigan, Wisconsin, Illinois and his homestate of Indiana. Being a Colorado native and longtime denizen of California, I was a bit skeptical that anywhere could have the kind of diversity of breweries that those two states can offer. But I’ll say I’ve been thoroughly schooled in the very best way in the past year. The Midwest makes some of the best beers I’ve ever encountered, especially as a devoted IPA drinker.

My favorite IPA comes from Bell’s Brewery of Kalamazoo, Michigan, close to where B’s parents live.  It’s called Two Hearted Ale, and should you find yourself in Bell’s somewhat limited range of distribution, please go buy yourself a six-pack immediately.  It’s one of the best things that ever happened to me. Bell’s also makes a seasonal double IPA called Hopslam.  It’s pricey, 8.98% alcohol, and will cure any hop-related deficiencies you might be suffering from.  Beer Advocate gives it a 94.  Stout drinkers should also try Bell’s licorice-heavy Kalamazoo Stout. 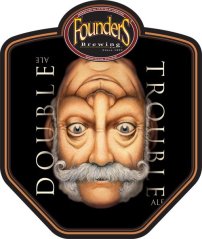 There must be something in the water in Michigan.  That great twofer of a state also houses Short’s Brewing Company of Bellaire, who makes the delightfully named Huma Lupa Licious IPA. Named for the hop plant Humulus lupulus, this malt lives up to it’s moniker. Another otherworldly fountain of beer goodness is Founder’s Brewery of Grand Rapids. Their Centennial IPA finds a regular slot in our refrigerator, and when somebody has been especially well-behaved they just might get rewarded with a four-pack of the seasonal Double-Trouble. Bitter never tasted so good. Should rye strike your fancy, you’ll never be happier than with a Founder’s Red Rye Pale Ale in your hand.

Cheese-heads can certainly boast about Tyranena Brewery of Lake Mills, Wisconsin. In particular, their “Brewers Gone Wild” series is a seasonal delight.  My particular favorite from this cycle is Hop Whore, which is basically just as down and dirty and delicious as the name would suggest. In their regular roster, I love their Scurvy, an IPA brewed with orange peel for a slightly citrusey, slightly peppery punch. It’s excellent with grilled fish and sweaty afternoons. 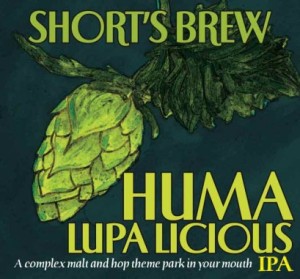 B’s dad was born and raised in Warrenville, Illinois, as was Two Brother’s Brewing Company. They make both the eminently drinkable Resistance IPA as well as the double Heavy Handed IPA, which I regrettably missed during it’s appearance from September to December. It’s good to have goals for the future.

Finally, I would be remiss if I didn’t give a shout-out to our local brewery, the great Upland Brewery of Bloomington, Indiana. I’ll tell you more about their amazing food another day, but for now I’ll just say that their Dragonfly IPA has accompanied many great nights for me in this town and will be sorely missed come this fall.

Bell’s, Short’s, Founder’s, Two Brother’s, and Tyranena are distributed all over the Midwest, so treat yourself if you happen to find yourself in fly-over country. Upland is available all over Indiana, but many of their specialty brews are for B-Town consumption only.