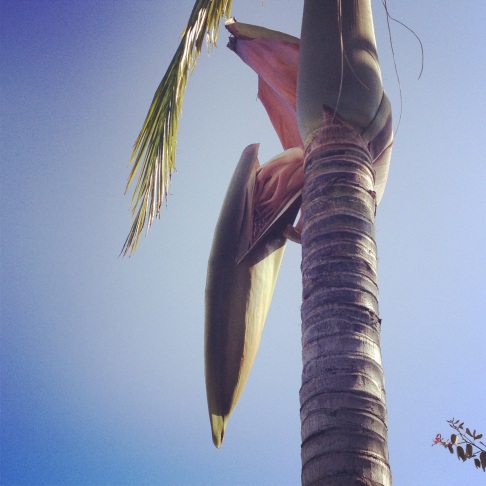 I’ve been thinking about you and this space for a long time, probably because writing here represented a very happy time in my life. In contrast, virtually everything about this year just plain took it out of me. I’m trying to finish my degree and get a teaching job, which is a roundly miserable process even when it works (and in my case, it doesn’t appear to be working). If you’ve read anything recently about the academic job market or the state of higher education in general, you know that there are vastly more qualified candidates than tenure-track teaching jobs. Period. This isn’t even about those of us with woefully impractical degrees. Even the scientists and engineers I know (and respect immensely) can’t seem find work – you know, the people that cure and build things and are supposed to be educating the next generation to do so as well. And it’s not just a bunch of overeducated whiners that get the shit end of the stick on this situation, either. The mere idea that people spend the kind of money it costs nowadays to go college only be taught ninety percent of their classes by adjuncts – great teachers, but people often spread so thin that they can barely interact with the hundreds of students they encounter each semester – well, that’s just a travesty. It’s not just public schools! Half the places I’m applying for crappy, contingent labor are private schools that cost sixty grand a year in tuition! There is a lot of writing on this subject all over the internet, and it is much more incisive in both its rage and sober accounting of what a mess higher education is for our whole country, so you should seek it out if you don’t already know what’s what.

Even when you understand a problem is systemic, it still sucks when it knocks on your own door. Call it the narcissism of relative catastrophe. I knew things were bad, and that the job market would likely be unkind to me in this first go-around. But I still can’t even express what a total psychic walloping this whole experience has been. Until this point, I’ve been quite lucky. A modicum of effort has always yielded tremendously more than I had any right to expect and certainly more than I deserved. In keeping with that general trend, I believed that if I tried really hard, I’d buck the trend and get everything I had hoped for. Over a few months of rejection letters and deafening silence, I’ve had to psychologically acclimate to my sense of failure and wasted effort. It’s been ugly. It was hard at points to remember what it felt like to write and teach without feeling dejected. Probably because I hadn’t written anything except rejected applications – not my dissertation, not letters to friends, and certainly not musings about what I enjoy shoving in my mouth.

Life has a way of creeping back in, despite one’s most resolute intention to be miserable. B was the best partner imaginable through this whole thing. He tirelessly edited every last word I sent out to job and fellowship committees. He would wake up and patiently listen to every nightmare scenario of impending homelessness and perceived mediocrity that I would conjure up breathless at 4 a.m. He even gently informed me that I had gone off the rails at some points, and what is a good husband if not one who tell you that you’ve seriously spun out and need a reality check? And he was ready and willing to provide those reality checks: hikes in the beautiful hills nearby that overlook the ocean, double features at the New Beverly in Los Angeles, and fish tacos at any place claiming to observe the secular Sabbath of Taco Tuesday. On top of all that, my friends and family have been so loving, supportive, and willing to drop everything to hear me kvetch that I actually get choked up just thinking about it. At the end of the day, I couldn’t be luckier, even though I may be a very lucky unemployed person in a few short months.

All this is to say that I’m sorry I haven’t been in touch, dearest reader. It’s been a slog, but I’m coming out of it. If you are still coming here, you’re probably wondered what the hell had happened to me. Or you are a spambot. Either way, I have so much to tell you about living in California. I hope you’ll stay tuned.

Kisses to my readers and spambots alike,