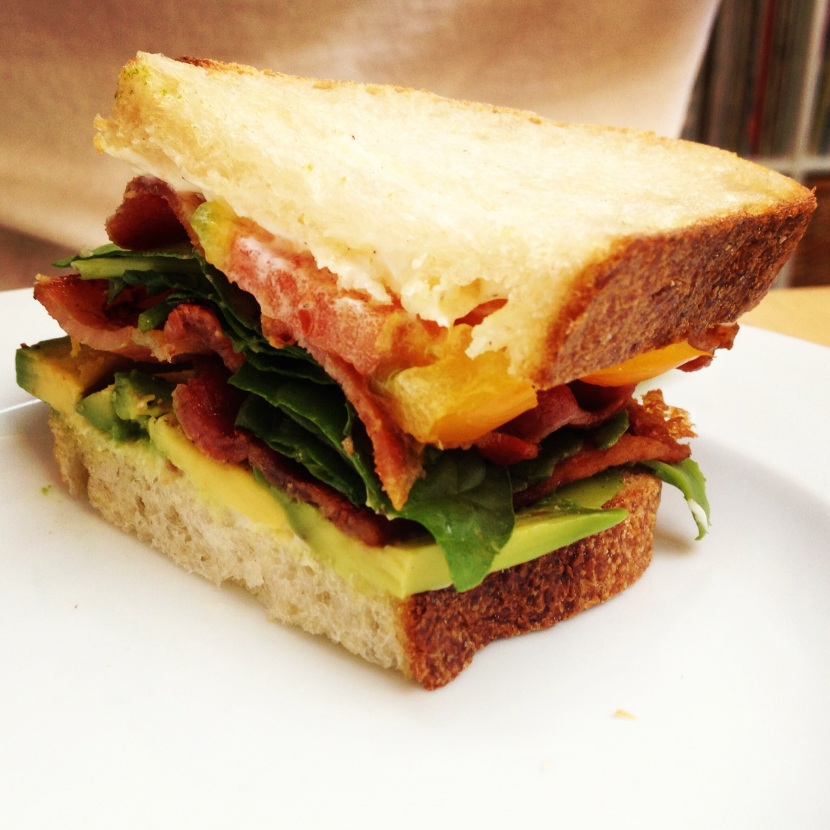 I know there have been some crickets chirping around here lately, but I have a most excellent excuse this time: I finished my dissertation, filed it, and am now a doctor everywhere except on flight manifests (because who wants that kind of a mess?). The whole graduation rigmarole was very nice, with my and B’s parents flying in for the weekend along with my friend MT. We ate ourselves stupid at Pizzeria Mozza (No pictures blogger! They will cut you!) and Gen Korean barbecue. If the weekend felt somewhat anticlimactic, it was probably because when I filed my dissertation at the university archives the week prior, I had felt the most obscene level of happiness humanly possible. I mean, it literally felt like a giant ray of light shot down from the sky and bathed my entire being in a sense of wellbeing and accomplishment—it was that good. I’d tell you to write a dissertation just for the sake of that feeling if you haven’t already, dear reader, but it’s surely a boneheaded way of going about it. Having a kid probably yields the same results and the gestation period is only nine months—not, gulp, nine years like in the case of my little monster spawn.

The letdown has been epic—I basically wanted to nothing but sleep. I also somehow managed to contract a gross cold in the past few days, so I’ve been laying low and catching up on Orange is the New Black like everyone else in America. Fortunately, I’ve got a week off before my summer class starts, though it may be cancelled thanks to low enrollment. If that happens, you should expect lots of recipes this summer for rice and beans. All this other stuff aside, I mainly want to tell you about the BLTs we’ve been making around here lately. 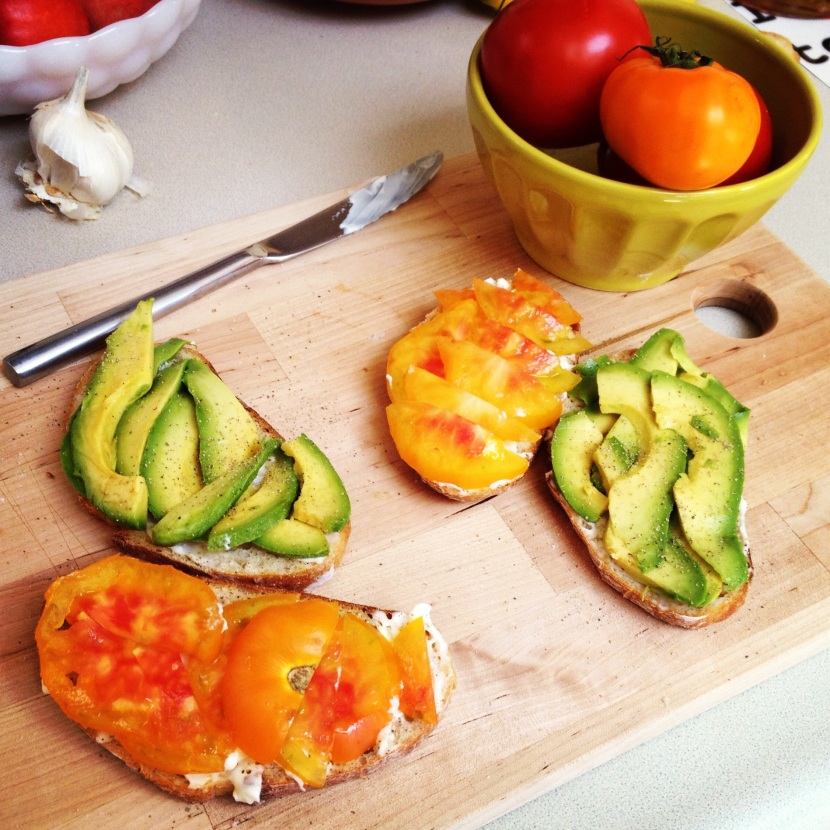 The BLT is not only my favorite sandwich, but it’s the foodstuff I most intimately associate with independence and fresh starts. If the two great hurdles of living alone are eating in a restaurant alone and going to the movies alone, the BLT was my gateway drug. As an eighteen year old proto-emo kid living alone for the first time in New York City, I discovered that a BLT and a cup of coffee at virtually any diner rung up for less than five bucks, and that people tended not to give a loner that pitying look at art house cinemas. I spent many, many afternoons tucking into a perfect BLT at the Silver Spurs diner on Houston before shuffling over the Film Forum for a flick or two. Like most ventures into doing things alone, this routine was terrifying at first, until it became the best thing ever.

My perfect NYC diner BLT is two toasted slices of sourdough bread slathered with Hellman’s mayonnaise, topped with a few slices of thin crispy bacon, half a rosy hothouse tomato, and romaine lettuce. Bonus points if they sprinkle salt and pepper on the mayo before assembly. When I moved to California, I searched and searched in vain for Hellman’s. How could the best shelf-stable mayonnaise in the world not be readily available west of the Rocky Mountains? It took nearly a decade for me to Google the problem and discover that Best Foods mayonnaise (which Californians revere with the same intensity as New Yorkers do Hellman’s) is the same goddamn product. As if the little blue bow and the tagline “bring out the best” weren’t enough of a tip-off for this Ph.D. If just now your brain exploded from this insight into the branding intricacies of late capitalism, I’ll just go ahead and say it: “You’re welcome.” 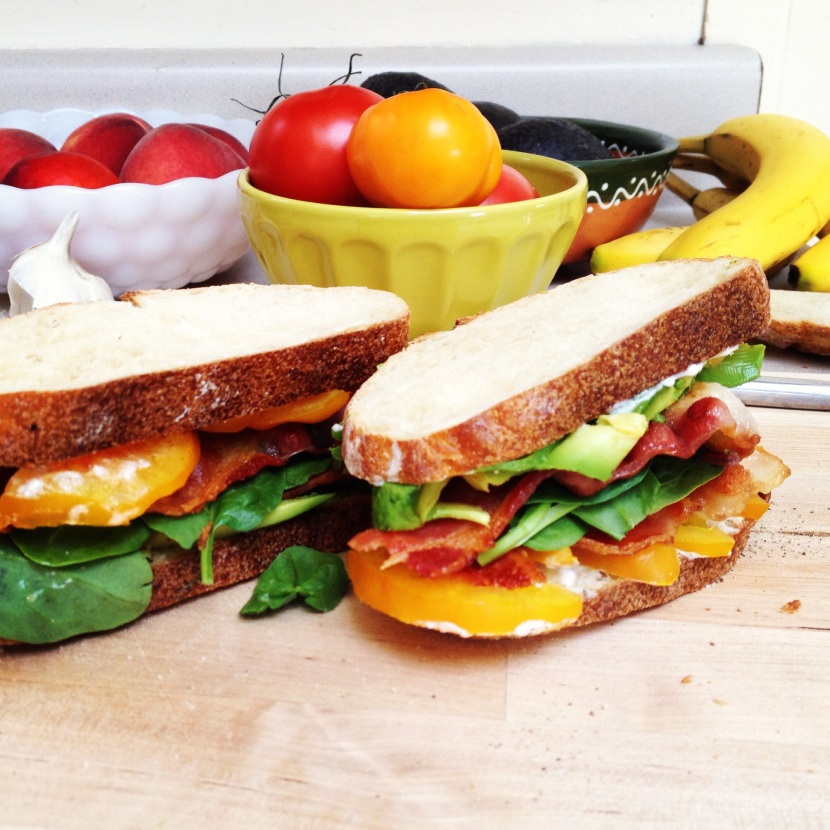 The BLTs, or BALTs as the case may be, that I’ve been making at home lately are a slightly different animal. Toasted French bread is anointed with Best Foods on both sides, sprinkled with salt and pepper, then piled high with thick slices of applewood smoked bacon and farmer’s market avocados, heirloom tomatoes, and baby greens. The BLT is no longer the sandwich of triumphant solitude. I make one for B, and the movies we go to afterward are usually sneaky double features at the multiplex. But they still feel pregnant with the possibility of a new sort of life, one a little better than the one prior. Happy summer, dear reader. It’s good to be back.