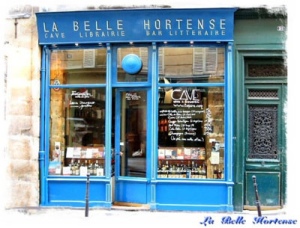 One of my oldest friends is spending a month in Paris and oh boy, am I excited to have him here. I haven’t seen A in years because he spends most of his time in war zones working with Médecins Sans Frontières. A million years ago, he and I worked together at an art gallery during a time in our lives when we were both floating (and occasionally flailing) professionally. I was trying to apply to graduate school without the faintest idea about how one would go about doing such a thing. He was trying to figure out what his calling was, cursed as he is by a variety of talents and aptitudes (in addition to being a logistical savant, he is also a talented artist and writer).  What that we should all have such problems, yes? He ended up taking the humanitarian route and I don’t want to brag too hard on the guy but let’s just say that he’s kind of a big deal now. He’s also annoyingly modest about his extremely difficult, self-sacrificing, and important work. I’m really proud to know him. Wandering around my neighborhood, we had a couple of shared moments of amazement that somehow we have gone from being the people we were back then to the people we are now, meeting up in Paris.  More importantly, after not seeing each other for nearly five years, we immediately fell back into the same banter that we had when we were dewy and just-hatched. Sitting at a bar last night, he said something funny and I felt an overwhelming urge to give him a noogie (I didn’t, but it was hard to curb the impulse). When we went to my bank so I could get some cash, I joked about how I disappointed was that these awful bums that always harass me at my ATM weren’t on duty last night. As I was telling him about how these guys had drunkenly followed me to my laundromat one day and cornered me, A looked defensive and angry, like he would happily punch someone out for giving me a hard time. It made me feel the way I suspect people with older brothers feel all the time. You lucky people with older brothers. Do you just strut around all day in the warm glow of your older brother’s care and protection? No? You should.

We went to this darling bar that I want to tell you about. Maybe I’ll inaugurate a new series of bar reviews today. Yes, it is definitely about time. That’s right, in addition to eating things and going to movies, I also drink a lot! Booze or lose! It rhymes! I suspect that A’s presence in Paris will be especially fruitful for such an endeavor. He arrived with a list of Paris bars that he wanted to try, and, self-sacrificing friend that I am, I begrudgingly agreed to help him in his quest. I’m a giver, really. He said he wouldn’t even mind if I blogged about it. That’s the golden ticket as far as I’m concerned.

Last night I took him to this place that M introduced me to, La Belle Hortense. It’s a wine bar and bookshop in the Marais and man is it cute. It’s got a perfect Parisian zinc bar, dark-wood walls lined with beautiful books, and a back room with seating and an art gallery. In addition to having a large list of set wines, they also have a weekly rotating list of interesting seasonal or small-batch wines that are listed on a chalkboard in the front. Going to La Belle Hortense has been a nice way of exploring some wines that I wouldn’t try otherwise (they did a month of killer rosés when I first arrived in Paris). La Belle Hortense also keeps a steady schedule of author visits, lectures, and readings, available on their website. The crowd is a well-heeled, thirty- to forty-something bunch.

La Belle Hortense is one of the cutest places run by a single corporate conglomerate, Caféine, owned by one Xavier Denamur. Most of the other restaurants and bars on the same block of rue Vieille du Temple as La Belle Hortense are also owned by Caféine, including Les philosophes, Le petit fer à cheval, L’étoile manquante, and La chaise au plafond. Coming from Orange County, the land of homogeneous franchises and chains, I was a little disappointed to discover that what appeared to be a heterogeneous block of fetching restaurants and bars in Paris is actually a well-oiled corporate machine. That said, these places are really well done. Beyond the fact that you get to watch the beautiful bartender from La Belle Hortense scamper across the street to Le petit fer à cheval to pick up your charcuterie plate should you order one at her bar, there is little to suggest that these restaurants are affiliated. While their menus are basically same and they all have overproduced and overindulgently designed bathrooms, they each have a very different overall vibe. La Belle Hortense is certainly my favorite, but the restaurants are certainly worth a visit.

Caféine’s website if you want to poke around, complete with virtual bathroom tours (!):

Better yet, here is the website for Médecins Sans Frontières should you want to donate or read about the organization’s efforts around the world: