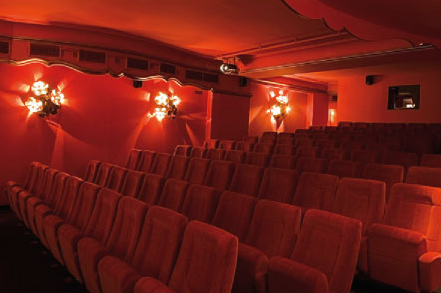 Last night some of my people and I saw a delicious new print of Pasolini’s 1968 Teorema at La Filmothèque du Quartier Latin. I’ve mentioned this cinématheque here before, but it really deserves its own entry. God, I love this place. From what I gather on the internets, La Filmothèque was founded in the late 1960s as part of the Cinémas Action, an excellent group of small theatres on the Left Bank that is now made up of Action Écoles and Action Christine. Following a management dispute in 2005, La Filmothèque splintered off and was renovated in 2006 with quite excellent results. It houses two screens, the 100-ish seat Salle Marilyn and the smaller Salle Audrey. The OCD preschooler in me loves that the two screening rooms at La Filmothèque are color-coded. Everything in Salle Marilyn is red, and everything in Salle Audrey is blue, extending to the Filmothèque’s excellently maintained website. I’m mildly obsessed with the light fixtures in the theatres and fantasize about the day when I can outfit my own home with such baroque loveliness. I have lots of really bourgeois dreams. 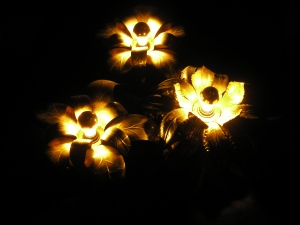 The programming at La Filmothèque is consistently sharp and timely. Like some of the other slick theatres in the area (including Le Champo), La Filmothèque synchs some of their programming with other cultural events in Paris. So to correspond with the excellent Fellini retrospective at Jeu de Pomme, La Filmothèque screened La Dolce Vita every night for a two months (I only went twice, I promise). Something about being in Europe makes me obsessed with Southern California, meaning that I’m compelled to devour Thomas Pynchon novels when living in Paris (weird, I know). In the same vein, I went through a intense revival in interest in David Lynch in the past month. Ever-canny to my longings, La Filmothèque served up an amazing three-week Lynch binge. Likewise, I suspect that La Filmothèque heard that I have a cinéclub and that we are really into Pasolini right now, hence their current screening of Teorema. We had a ball last night, though I suspect we might have been the obnoxious Americans that were whispering too much and laughing too hard. As a sidenote, my angry reader never responded to me, so I’m going to keep writing about Pasolini.  It could have been a great love affair, Angry Reader! Where have you gone?! Are you at Accattone right now? We’re going to see Il Racconti di Canterbury tonight, join us! 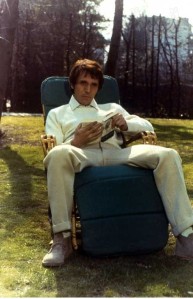 Teorema chronicles a domestic scene turned inside out by the introduction of the seriously sexy Rimbaud-reading Terence Stamp, who enters a wealthy Milanese family and quickly seduces mommy, daddy, brother, sister, and the maid. Stamp’s character leaves as abruptly as he came (ha!), leaving the family to disintigrate in his wake. Mommy starts trolling the streets for young men to screw in ditches, sister goes into a fist-clenching catatonic state and is institutionalized, brother discovers art and becomes a handful of clichés about sublimation, and daddy becomes a train-station stripper who ends up screaming in a desert of volcanic ash. The maid returns to her rural village and goes into a religious withdrawal: eating only nettles, curing children afflicted with measles, levitating above the building for the entire town to witness, and eventually burying herself to weep in a construction site for new apartment buildings. I’m sure that the initial reception of this rabidly anti-Church and anti-bourgeois film was a tad different in 1968, but we thought it was hysterical.

My last entry was titled “Remnants” and I realized that I titled it that because of a passage I especially like from Pasolini’s A Film-Maker’s Life, which I’ve been reading in lieu of doing work. I was thinking about this passage last night when I was trying to explain my deep and abiding love of men with chest hair and I found myself saying, “Well, of course this is deeply Oedipal, but…” I find myself increasingly annoyed by my circumscription of my own autobiography by a certain clinical and critical language. Pasolini obviously felt the same way: 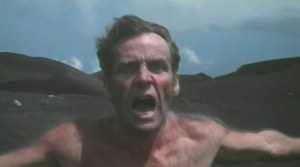 I’ve never talked about the importance of the family, I’m against the family, the family is an archaic remnant. During my childhood I had certain conflicts with my family whose background was definitely middle-class. My father represented the worst element I could imagine. It’s rather difficult to talk about my relationship with my father and mother because I know something about psychoanalysis. What I can say is that I have great love for my mother. My origins are fairly typical of petty bourgeois, Italian society, I’m a product of unity of Italy as a Republic.

He also obviously had a soft spot for a man with some serious body hair.