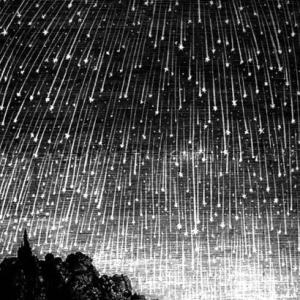 If you know me well (and who am I kidding, all five of you do), you likely have heard me complain about the hot water in my apartment. You haven’t? Seriously?! Lucky you! I won’t go into detail about what has transpired in the past four months on this subject. Suffice it to say, I moved into a newly renovated (read: expensive) apartment where everything was supposed to be spick-and-span upon my arrival, and instead I ended up with two months of cold showers despite the fact that half of the wrench-toting Serbian immigrant population in Paris was coming in and out of my home daily. Between that, a nightmarish level of complication in getting internet set up, and a decidedly ghetto teaching gig, my first two months in Paris were not particularly glamorous. I wore myself and everyone I love thin with my complaints.

I know, I know. I’m living in Paris. Not Haiti. I need to shut up. Moreover, people are only interested in listening to your problems if a) you are paying them to listen or b) they have some of the same problems. The latter is why support groups or group therapy are effective. Take this theory with a grain of salt – I have no idea what happens in an AA meeting short of what I’ve seen on television. Nevertheless, there is a threshold for sympathy in ordinary relationships and I have stampeded past it too much recently.

This whole situation has made me bummed about living alone, not because I am so retro as to think that if I had a man around the house these things would get fixed more quickly.  (Though if the universe wanted to send me a guy capable of doing anything other than telling me how capable he is, I wouldn’t exactly spit in its face. Did you hear that Universe? I’d literally trade all the hyper-verbose, hyper-articulate guys I’ve dated in the past five years for one soft-spoken handyman. There seems to be a direct correlation between one’s level of gratuitous higher education and one’s general worthlessness when it comes to taking care of practical shit. And yes, I include myself in this observation. And yes, Angry Reader, I know that this is 2010 and not 1955 and I could easily learn about home improvement and car engines myself and avoid this situation all together. Or perhaps you are going to tell me about how despite your combo Ph.D./M.D. you have managed to single-handedly restore a Alfa Romeo 1750 and renovate a perfect little Craftsman bungalow by the sea, all while keeping a steady balance of great conversation and terrific sex in your feminist relationship with your girlfriend. Congratulations! Get your own blog.) I guess the situation bums me out because it seems like it might be acceptable to voice the white-hot rage I felt while taking a ice-cold shower this morning to someone if he was in the same position as I was. Maybe he would have just taken his own ice-cold shower and we could be angry and goosebump-covered together! Then we could leave angry messages in tandem on the voicemail of my Serbian contractor! Doesn’t that sound romantic?