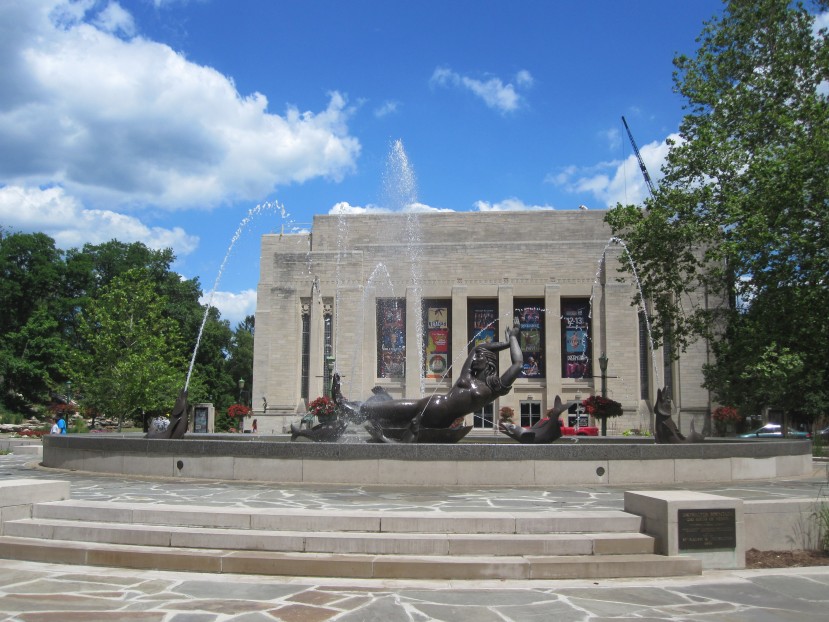 Moving from Paris to Indiana the past fall (see also: the things we do for love), one of the things I expected to mourn the most was my film-going. You see, I spent rather a lot of time at the movies in the past two years, watching the sort of thing that one rarely sees on the big screen in America outside of New York or Los Angeles. I started reading Cahiers du Cinèma. Wednesdays were my favorite day of the week, because it meant a new Pariscope to obsessively scour with a highlighter.  Basically I became a low-down, dirty little cinéphile, and I had friends and a city to support my habit. There may or may not have been weeping during my final viewing of Quartier Lacan at Accattone. Okay, there was definitely weeping, but that wasn’t really all that strange for that place.

So you can imagine my surprise upon arriving in Bloomington at the discovery that this is a town of serious film-going folks, small though their numbers may be. So serious, in fact, that about twenty-five years ago a group of them founded The Ryder film series and magazine. The Ryder screens independent, foreign-language, and revival films at a variety of venues around town. Many of these locations serve booze, making them aces in my book. The Ryder also publishes a free magazine available on nearly every corner around campus, which also covers about local theatre, opera, concerts, and lectures in addition to film. For those of you that wince whenever the cashier at the megaplex asks you to fork over eleven bucks for a movie, the price is oh-so-right at The Ryder.  And they conduct free-ticket lotteries at the beginning of every feature, so sometimes your next movie is on the house! Because of the relatively transient nature of the operation, everything is screened digitally, which has its drawbacks, and sometimes the projection quality isn’t great. But for many newish independent films they are the only game in town, and you’ve got to respect that the operation is likely a labor of love for a few individuals who saw an absence in their community and devoted themselves to filling it.  It’s a pretty fantastic thing, and it doesn’t happen very much anymore, especially in the arts. The Ryder is proof positive that you don’t need an enormous budget to dramatically increase the number of independent and foreign films available to a community, just the long-term commitment of people who care enough about such things to make it happen.

Speaking of commitment to film, following his 2009 appointment as Indiana University President, Michael McRobbie (a hard-core cinéphile if I’ve ever seen one) promised to fund the construction and maintenance of a world-class cinema facility on the university campus. He called it a much-deserved “place for film” for a university and town that had long shown an interest in the medium. And while presidents of all stripes often make big promises when they are taking office that end up moldering on the shelf, this particular president actually put his money where his mouth was. Appointing Jon Vickers as full-time director in 2010, the IU Cinema facility opened in the former space the university theatre in January of 2011. Most universities can’t even replace a broken photocopier that quickly. The space is exquisite, incorporating several 1933 Thomas Hart Benton murals from the original space with one of only 10 THX-certified university cinemas in the country. Thanks to unique collaboration with Sony, the IU Cinema boasts 16mm and 35mm film and Barco 2K and 4K digital projection equipment, and a Dolby sound system that makes you gasp. 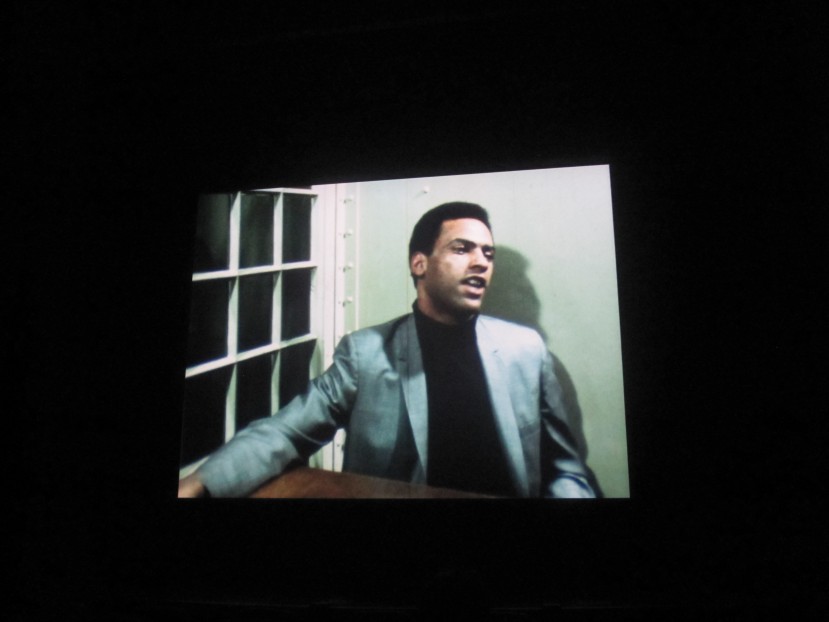 It’s a magnificent facility, but it is really Vicker’s continuous programming that makes it sing. As their website can rightfully boast, IU Cinema hosts “film premieres and rare archival screenings, film festivals, conferences, filmmaker retrospectives and silent films accompanied by live music.” This year alone I was able to see everything from Los Olvidados to The Kid, Juliet of the Spirits to Ran, Agnès Varda shorts to Psycho. I watched films from the Australia in the 1970s series, the East Asian Film series, and New Trends in Contemporary Italian Cinema. Thanks to the Jorgensen Guest Filmmaker series, I was able to attend lectures and film series by Chuck Workman, John Sayles, Monica Treut, and Whit Stillman this year. IU also periodically screens recent independent and foreign releases, so we were able to see movies like A Separation and Melancholia within a month or two of their release; no small thing once you get into the bowels of Southern Indiana. Next fall, they are (wait for it) hosting Werner Herzog. This news has resulted in our new favorite game: speculating on where we would take Herzog when he comes to visit Bloomington in the fall, if we were going to be in Indiana in the fall (we aren’t), and if somebody trusted us to be his chaperones (they wouldn’t). In my fantasy, the one other person in town who voted for Cobra Verde at the IU cinema can join me and Wern when we go to the quarries. In the meantime, doing Herzog impressions around town will have to suffice.

Perhaps my favorite moment of the year came when Michael McRobbie was introducing Solaris, one of the films he had specifically selected for his “President’s Choice” series. I know, I know, a university president who loves Tarkofsky! Crazy! He spoke about how establishing a serious venue for cinema on campus was not only an institutional improvement for the university’s reputation, but also an important gift to the community that this university inhabits. In an age of economic downturn and the rape and pillage nationally of public universities, it’s a rare thing for a university adminstrator to acknowledge the imbrication between the university space and the community, and the responsibility that both have to each another for cultural enrichment. 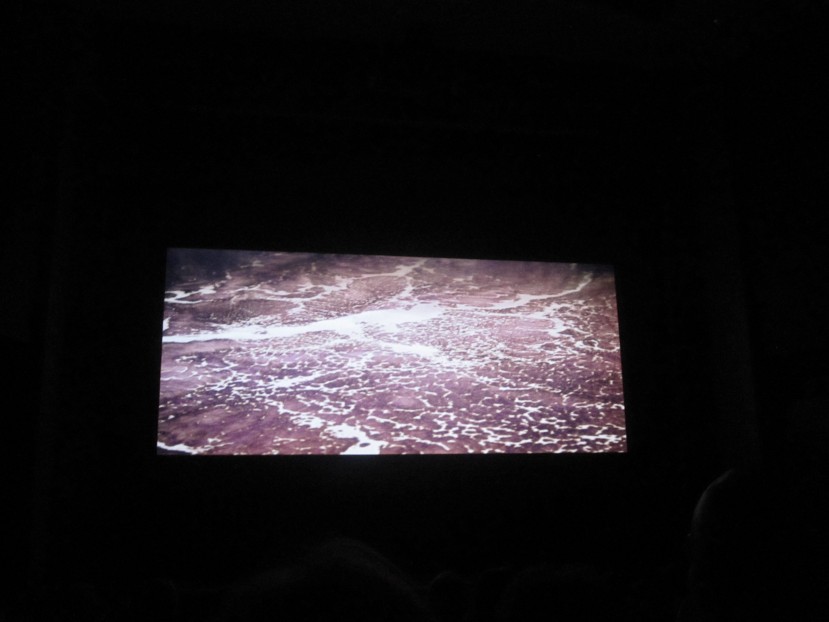 The Ryder’s showtime schedule can be found at theryder.org. Their films are screened at Bear’s Place, the IU Fine Arts Theatres, FARM Restaurant, or the Buskirk Chumley, with outdoor screenings in the summer at Bryan Park. Tickets are $5 for everybody. Food and drinks are available for purchase at the Bear’s Place and FARM screenings. Students beware, you must be 21 to enter screenings at Bear’s Place.

The IU Cinema’s schedule can be found at www.cinema.indiana.edu, along with excellent podcasts.  Ticket prices vary, but many events are free to the public. However, the Cinema requires that you pick up tickets for all screenings, even the free ones. Tickets for first-run and popular films often run out weeks in advance. You can pick up tickets at the IU Auditorium Box Office, which is open from 10 a.m. to 5 p.m., Monday through Friday or online at the cinema website. Tickets are available on the first day of the month of the screening, so we made a habit of planning our film-going in advance and getting our tickets all at once. A box office in the cinema lobby is also open 30 minutes prior to any screening and a standby line forms there, but again, the early bird gets the worm.