Confronted with the possibility of another sweltering week without air conditioning in Bloomington, we gleefully packed up and headed north for a week to that hazy zone on the Indiana/Michigan border where B’s parents’ live. Ostensibly we were cat-sitting while they were out of town, but mainly we were taking advantage of their lovely lakeshore digs. There’s something about being alone in your parents’ house (or in this case, my boyfriend’s parents’ house) that always feels like playing grown-up. This was an especially pronounced feeling last week, as we channeled middle-aged retirees, cruising around the lake on the family pontoon boat with beer cozies in hand. We wore shorts and tucked our shirts in. We waved at the neighbors and gossiped under our breath. We crashed local potlucks bearing makeshift fruit salads. We yelled at tourists that rode their jetskis too close to shore, and muttered obscenities if other boats broke the ‘no-wake’ rules after dark. In short, we gave one possible version of our future selves a serious test drive, and I’ll admit it was pretty awesome.

The Michiana area is made up mostly of farms, so we took advantage of the bounty of local produce and stuffed ourselves stupid with sweet corn, Michigan blueberries, and some of the sweetest heirloom tomatoes I’ve eaten in years. The best local farm stand is Diamond Acres Farm (located on Kamp Kosy, south of Cassopolis, Michigan off the M-62 just past the high school, open 10-6 everyday) and we found ourselves there almost every day. The sweet corn is in full force already, and we happily grilled a few ears every night alongside venison steaks we lifted from B’s dad’s personal hunting cache. The peaches from Diamond Acres weren’t ready just yet, but I brought them home with me, hoping that they will soften up in a paper bag so that I can satisfy my seasonal jones for peach-cobbler. 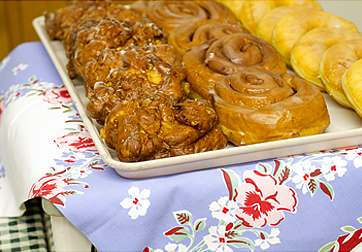 On days when we didn’t want to fire up the grill, we ate enormous, delicious breakfasts at the local Amish-run bakery, Farm House Bakery and Restaurant (59573 White Temple Road, Vandalia, Michigan, 49095, 269.476.9668).  Farm House Bakery makes of one of the fluffiest, yummiest cinnamon rolls I’ve had in a long time, and you can opt for one instead of toast with most of their breakfasts at no extra charge, making a believer out of even the most skeptical patron of this religiously-inflected restaurant.

We also frequented our beloved Vlasicak’s Meat Market & Smokehouse (63490 M 62 South, Cassopolis, Michigan 49031, 269.445.8763), home of the world’s best beef jerky.  Seriously, dear reader, this is literally the most amazing beef jerky I’ve ever eaten, and this is coming from someone who probably knew the word pemmican before I knew the words Mama or Dada.  We smuggled Vlasicak’s jerky to France, give it without a trace of irony as gifts, and keep an inordinately large hoard in our refrigerator at all times. Needless to say, jerky and Michigan IPA’s make for an excellent pontoon-boat cruising combination. 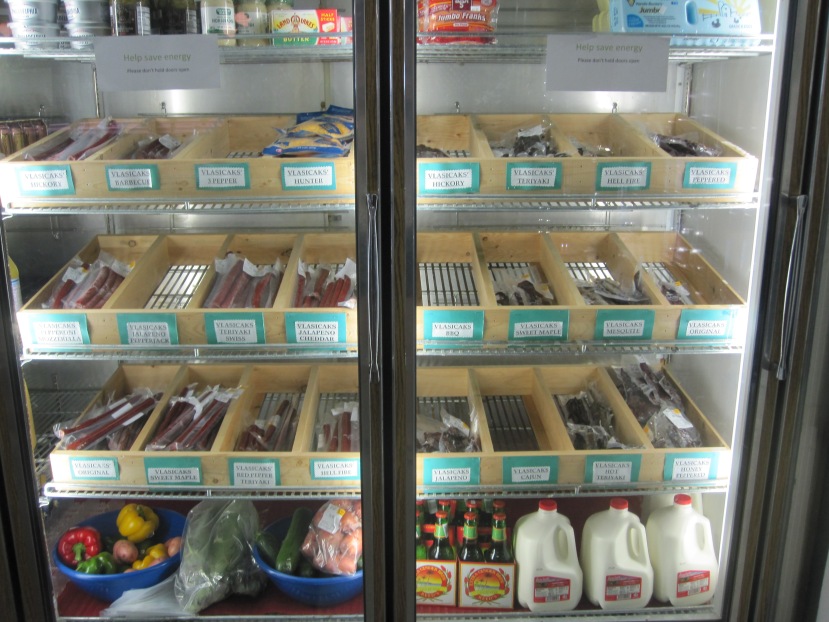 On our final day at the lake, a neighbor came over to deliver a bowl of chicken salad, “Just in case you kids were getting hungry.” Later that day as we drove by some family friends, they invited us to a hog roast at the local camp. Our friend M was visiting from Chicago, and he was incredibly charmed by all the rural hospitality. The three of us went to the roast, ate our fill and then some, and listened to oldies covers played by a local band, the adorable Misspent Youth of South Bend, Indiana.  While I had hoped for a spit-shot, by the time we arrived everything had already been expertly butchered. You’ll just have to trust me that it was a pretty swell way to spend an evening.